First flight was in October 1993. In February 1995 the ULF-2 design received an airworthiness certificate issued by the DAeC (German Aeroclub). In June 1997, Dieter Reich was awarded the OUV “Hans-Becker-Prize” for design and development of ULF-2. The first homebuilt aircraft flew in 1999. more than 20 ULFs are in operation in Germany.

So far, over 100 licenses have been issued, and a total of around 40 Ulf-2s are in operation. 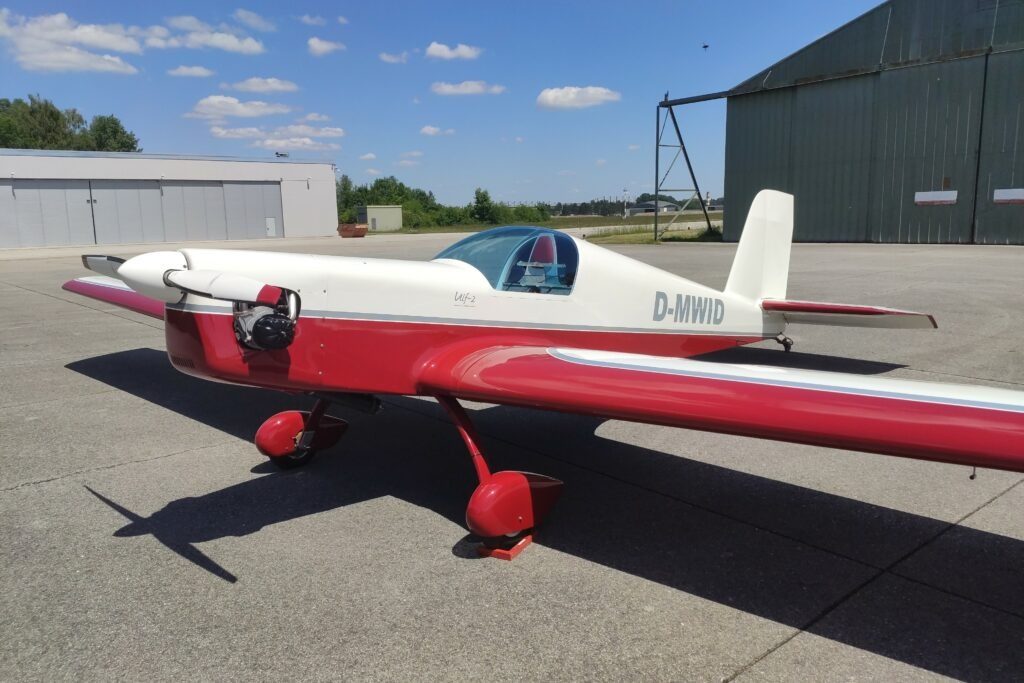 A moderate wing taper ratio in conjunction with a “harmless” airfoil results like ULF-1 in an aircraft which can be considered spin resistant.

By pulling the stick, the aircraft can slowly be stalled in straight level flight. At 75% max. engine power and a deceleration of 2 km/h per second the aircraft reaches a steady state equilibrium at a rather high
angle of attack and a speed of about 48 km/h. In this state there is no loss of altitude. The aircraft can be controlled by using rudder and aileron as in normal flight.

At engine idle, equilibrium speed is about 50 km/h. The stick is in max. pull position. The aircraft performs a slight longitudinal oscillation. There is no tendency for wing drop. The sink rate is 2 – 3 m/s. The aircraft can be controlled by using rudder and aileron as in normal flight.

When the airplane will dynamically be stalled, there is a moderate nose-down movement but no tendency to enter a spin. The aircraft accelerates and recovers. The loss of altitude is less than 40 m.

The economical cruise speed is 120km/h with a fuel comsumption of  5,8l/h. 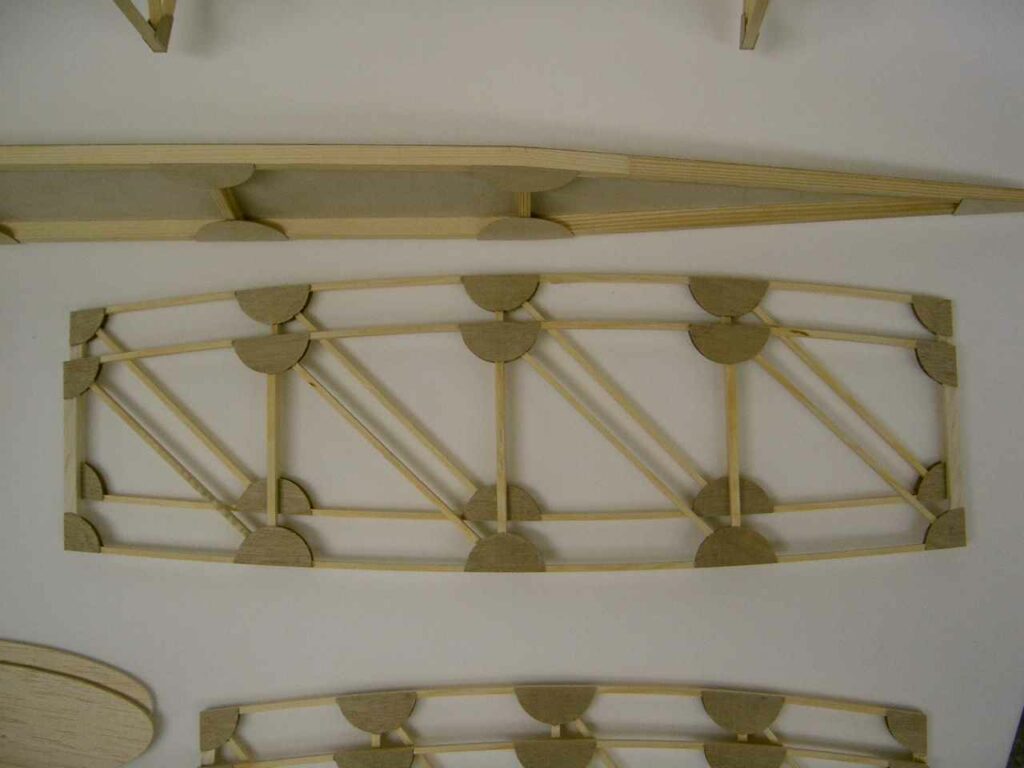 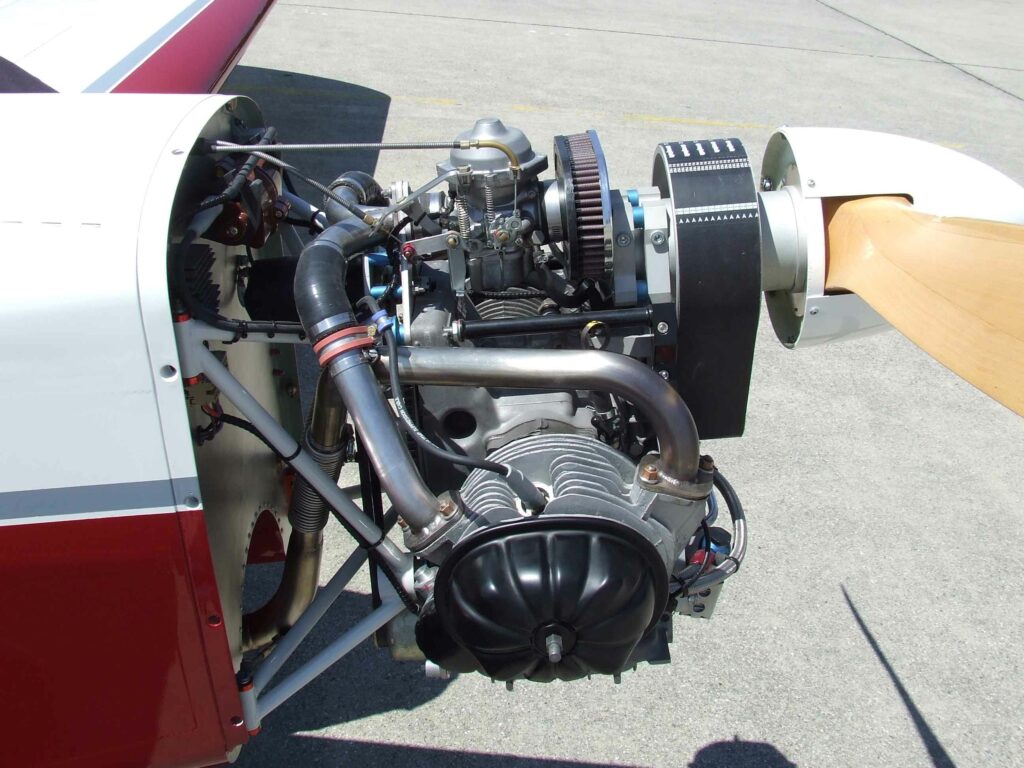 The propulsion system consists of the 24 kW, 4 stroke, 2 Cylinder (opposed) CITROËN-VISA car engine, a belt driven reduction gear and a muffler to reduce exhaust gas noise. The engine is driven by lead free gasoline. The decontamination of the exhaust gases is accomplished by a catalytic converter. Carburettor air is filtered and sent through a manually controlled carburettor air heater. 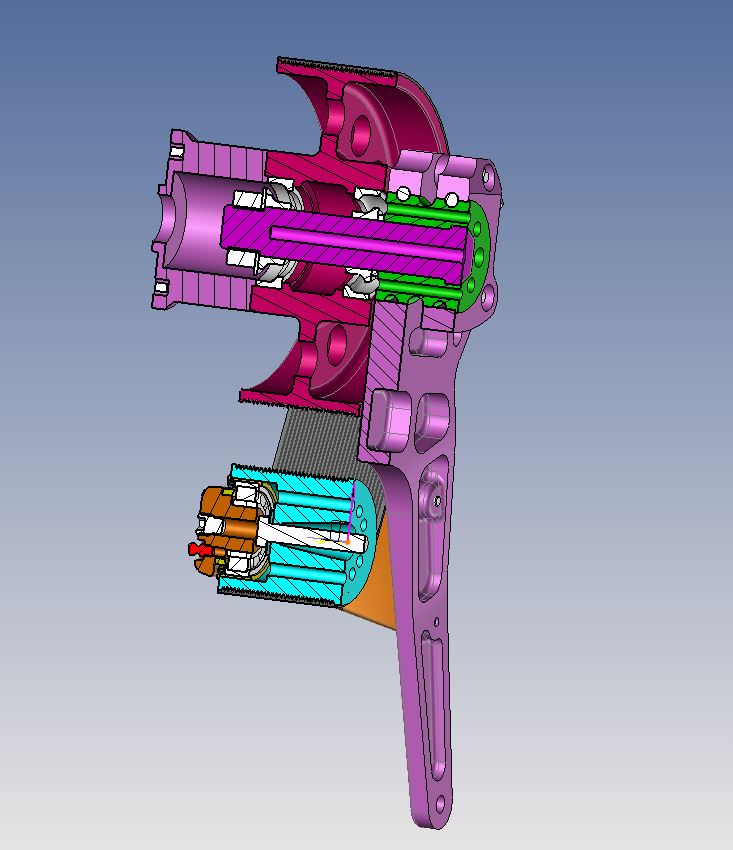 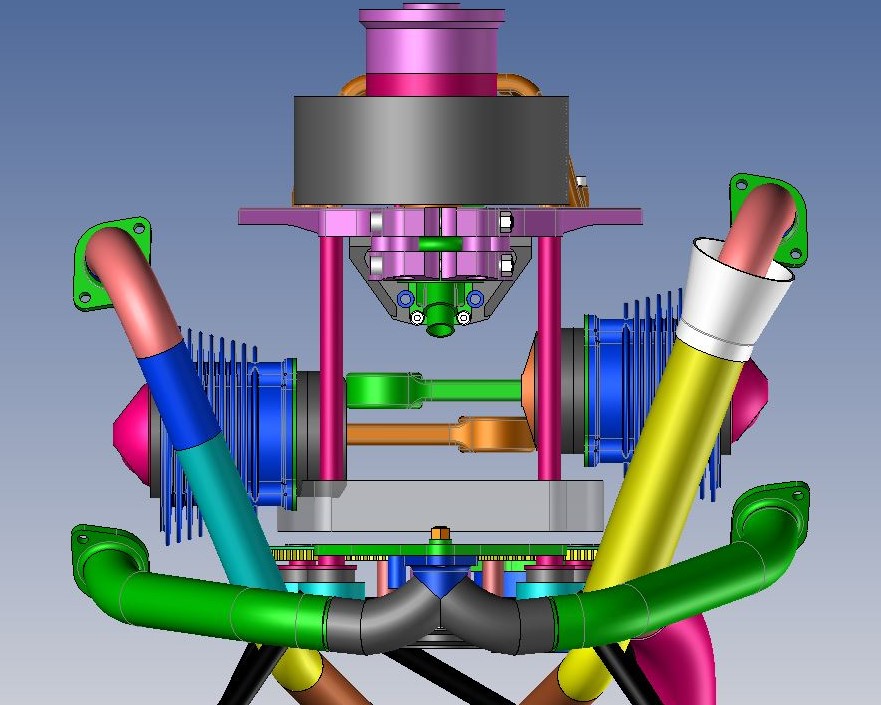 The fully integrated ballistic rescue system consists of a parachute, which is packed into a container, located behind the pilot’s seat. An electrically or mechanically ignited rocket pulls out the chute and rescues aircraft and pilot.

Transport and storage should be done in an enclosed car trailer. By means of gimbal joints, the wings can be pulled away from the centre wing, and folded backwards alongside the fuselage. The detachable horizontal tail will be located between fuselage and wing. To unload the trailer and rigging the aircraft, one person needs about 25 minutes. 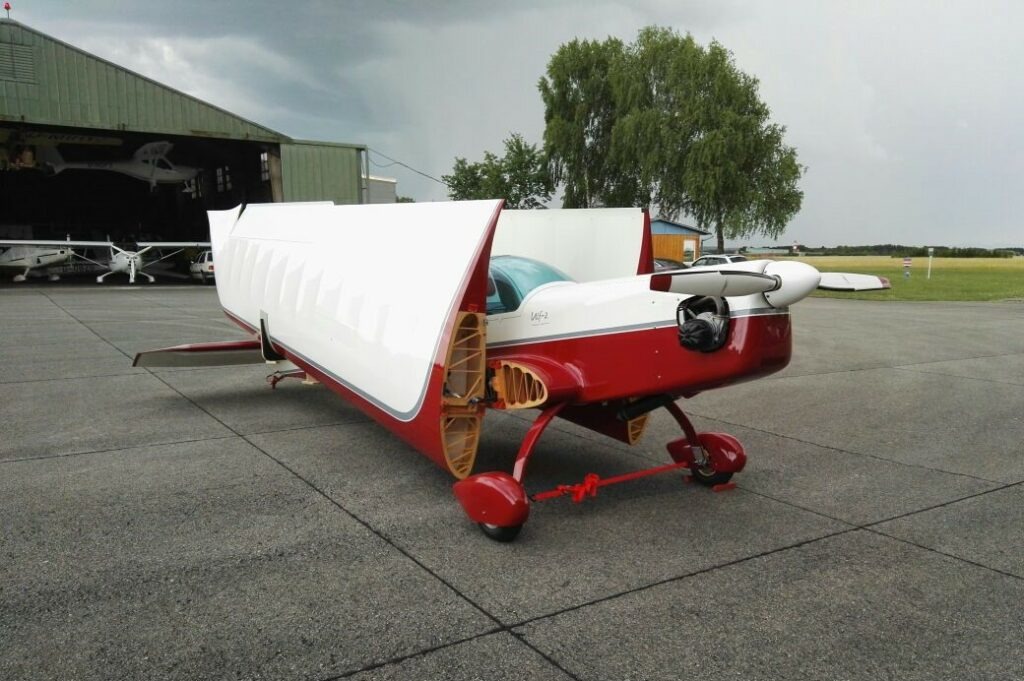 A plan pack is available comprising of:

A complete set of 29 blue prints (15 sqm); most of them are full scale, including full-scale computer generated lines for wing and tails. Five plans are dedicated to the installation of the CITROËN-VISA car engine.

A 50 page construction manual with many photographs, an inspectors test and check list.

All descriptions and manuals are in English language (metric units). Total time to build ULF-2 will be in the order of 2000 hrs. Cost of material including engine and rescue system is estimated to be about EURO 9000.

In Germany all ULF-2 aircraft constructed under license are considered airworthy and permitted to be flown, provided the following requirements are met.

1. Construction supervision by an authorised inspector, according to the check-/test instructions as written in the ULF-2 construction manual, followed by a detailed final inspection.

- BUILD YOUR OWN MICROLIGHT -